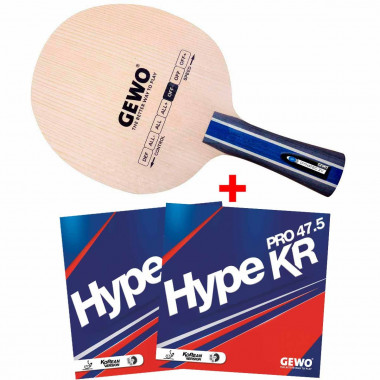 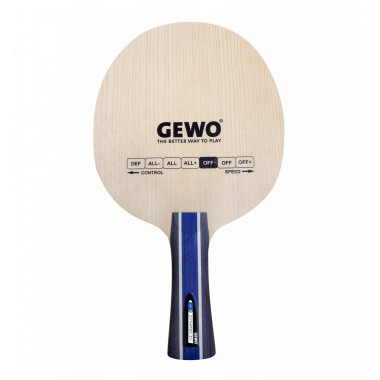 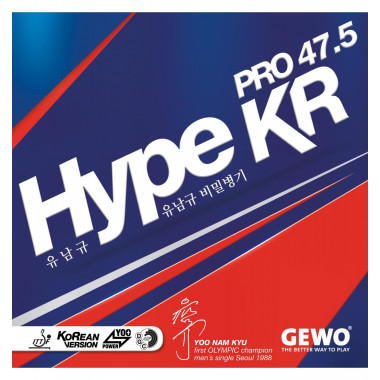 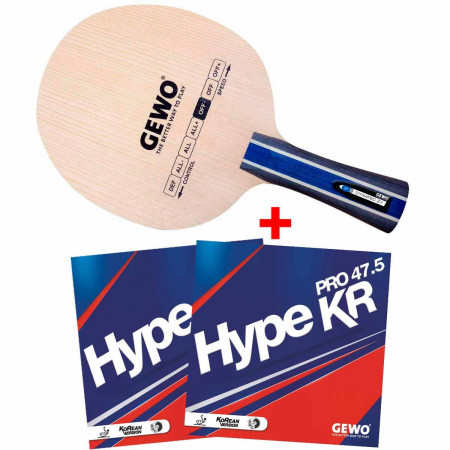 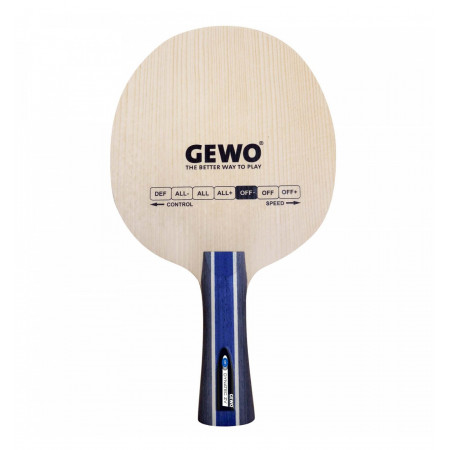 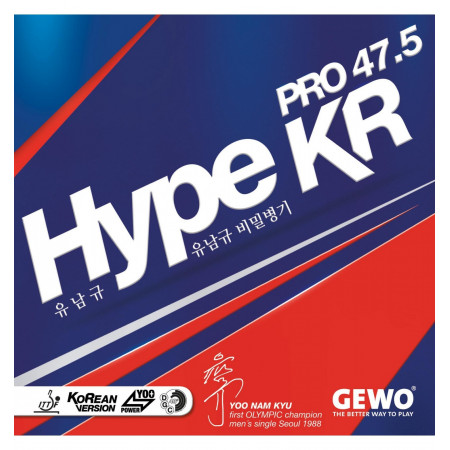 With Dynatec ZV (Zero Vibration), GEWO is introducing a new Off blade generation. The veneers are manufactured by a specialized German veneer supplier who used their wide range of know-how in the R&D-process for the development of this new type of blade. In the GEWO blade factory, the veneers were finally finished to form Dynatec ZV, meaning that the blade had to pass various production steps in several countries, from development and production of the veneers to the final manufacturing steps. The goal was to obtain consistent playing features and minimize interfering vibration. In this production process, a special “Zero Vibration” component was applied directly on top of the abachi core ply. This ply absorbs vibration providing for an absolutely vibration-free blade and a larger sweet spot for more playing fun.

Both in fast topspin rallies and in passive situations Dynatec ZV demonstrates its impressive speed potential at almost unbelievable control. The two outer plies are made of cross-bonded spruce veneers of a thickness of 0.8mm each. You will feel the direct ball feedback especially in critical situations. This blade is produced in very small batches and will fascinate you from the very beginning – Will it be love at first sight?

No compromise: Make the difference in your play.

Hype KR Pro 47.5 is the next-stage rubber of the GEWO Hype series. In this rubber, the performance and playing characteristics of the Hype XT series were developed to the next level in cooperation with Korean table tennis legend Yoo Nam Kyu. In 1988, Yoo Nam Kyu became the first Olympic gold medalist in table tennis in his home capital of Seoul - In 1989, he became world champion. He was the national coach of South Korea, one of the major table tennis nations in the world, for 10 years, and continues to be a national hero in his home country.

30 years of experience in top-class sport have sharpened Yoo Nam Kyu senses for top products, which has been a great challenge to the GEWO development team. Thanks to YOO-POWER and the proven DGC40+ technology, the open-pore, new pink sponge provides for ultimate attacking power. Compared to GEWO Hype EL Pro 47.5, the sponge design featuring YOO POWER is made for even more attacking performance. The proven DGC40+ "Dynamic Grip Concept" guarantees uniform, reliable coupling of the ball when it hits the bat, its new surface texture prevents the ball from "slipping". This provides for more precision of all strokes. Yoo Nam Kyo demanded nothing less than convincing catapult effect, great spin and high forgivingness without negative effects on speed or control. GEWO came up to his expectations, and we are proud of the result: Compared to GEWO Hype XT Pro 50.0, this Korea version of the Hype series produces more spin, with negligible loss of speed. This rubber is performance at its best.